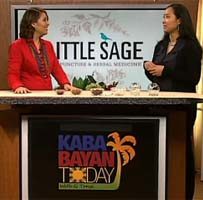 Melissa was invited to speak on a local television show hosted by G. Töngi of Kababayan Today to talk about her passion for health and healing with East Asian Medicine. Below is the show in four parts that originally aired in March 2017.